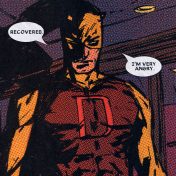 The second mixtape I did for the International Mixtape Project in 2006. 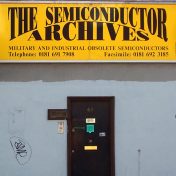 About 15 years ago I took part in the International Mixtape Project. The idea was that every month you would send off a mixtape to a randomly allocated address and you would also be sent a mixtape from another random IMP member. I remember being annoyed that I received CDs each month while I diligently sent off cassettes. Old curmudgeon… Read more » 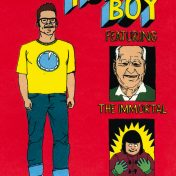 As we all have a lot more time to spend at home in various stages of COVID-19 lockdown I have decided to make my old comics available as free pdfs for anyone to read. Please enjoy – click on the covers to download. 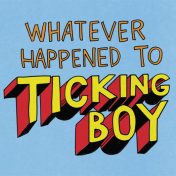 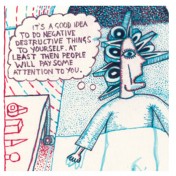 I am very pleased to be taking part in the Performing and Picturing Patienthood symposium at UAL on April 4th & 5th. It should be an engaging event with contributions from several great comics creators and academics working broadly in the field of graphic medicine. Please see details below for more information and to book tickets. How does producing graphic… Read more » 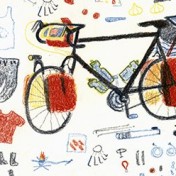 In my day job I get to run comics making workshops (it’s a hard life I know) and one of the first things we do in a session is to try to put the participants at their ease with drawing. We go through a few warm up exercises designed to take away the fear of the blank page and the… Read more »

Well, that was unexpected. The continuity announcer on Channel 4 (one of the 5 UK ‘terrestrial’ channels) just swore. Until now every trailer for the new TV show The End of The Fucking World (TEOTFW) has been quite coy, with the voice over announcing the title as ‘The End of the *cough cough* World.’ But now as the first episode is about… Read more » 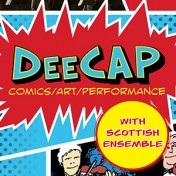 In some very exciting news DeeCAP is excited to join forces with Scottish Ensemble, a dynamic string orchestra based in Glasgow, for an evening of comic performances brought to life with live soundtracks and featuring comics by Damon Herd, David Robertson, Zuzanna Dominiak, Andy Herd, and Norrie Millar. Presented and hosted by Dundee Comics Creative Space (my day job!). DeeCAP with… Read more » 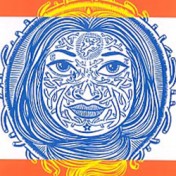 My latest post for Graphixia is an appreciation of Fiona Smyth. It’s not a spoiler to say that nothing happened to her, she is still making comics and art. This recent artwork is from a series called The Scottish Greeters. I can’t help but wonder if it was inspired by last year’s Scottish referendum result.

David Robertson, who is the creator behind Fred Egg Comics, has asked me to be a guest artist in the third issue of his Dump series. David and I collaborated on a one-pager for the previous issue and I was pleased he asked me again. Perhaps inspired by my strip for Double Nickels Forever, he wrote a music based strip for… Read more »